Interview Transcription, Appreciating what was and Connecting with the Current

Interview Transcription, Appreciating what was and Connecting with the Current 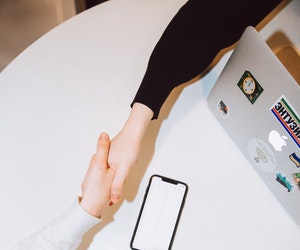 Here are ten quick transcription facts in progression from its history to what we now see.

Fact 1: The word transcription is derived from the Latin word ‘transcribere’ which was first used in 1598 but later used widely during the 17th century.

Fact 2: The 19th century saw to a new, more enlightened realization of the value of transcription. Since then, use of the term ‘transcription’ has quadrupled.

Fact3: By 1998, as typists were being introduced to the computer systems, they could only type using two fingers. The fastest typing speed was 40 words a minute; the average was 35 words a minute; 23words a minute was considered slow speed.

Fact 4: The 90s was also the era of audio cassette tapes and walkmans. These were the best interview transcription tools then. One analog cassette had a capacity of 90minutes of audio material. Funny how fast they have been rendered obsolete by advancing technology.

Fact 5: The fastest typing speed ever achieved was 216 words per minute for 50minutes by Stella Pajunas. By 2005, Barbara Blackburn’s name went into the Guinness Book of World Record as the fastest alphanumeric English language typist with a record 212 words per minute.

Fact 6: 2015 is the current era. It is characterized by sophisticated speech to text software and certified transcribers type at a faster speed.

50-60 words per minute are average speed while anything below this is slow.

Fact 7: Professional typing speed will vary depending on different circumstances.

Fact 8: the normal human being will talk at the rate of 150-170 words per minute totaling to averagely 10,000 words per hour. On the other hand, a professional transcriber types 80-100 words per minute. Because of this difference, transcribing an hour of audio will take 4-6hours because a transcriber will have to slow down the recording for accurate transcription.

Fact9: Interview transcription can be challenging where two or more people are part of the interview meaning they could at some point be all speaking at the same time. However, technology has made it possible for professional transcribers to surmount these challenges.

Where automated computer software cannot be relied upon for accurate transcription, professional transcribers have been able to do the transcription at higher accuracy levels.

Cabbagetreesolutions.com is your reliable and affordable transcription partner. We have specially selected professional transcribers that will transcribe your project to the highest accuracy. We understand well enough what a perfectly transcribed project means to our clients.