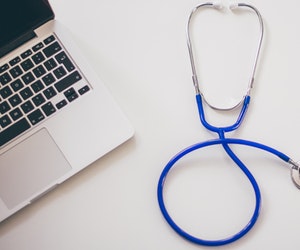 A recent procedure developed by scientists makes it possible to determine the genome characteristics of a unborn child without performing invasive techniques such as amniocentesis, etc. The technique is a good news for all expecting parents who have been advised to undergo procedures to determine genetic defects during the pregnancy period. Expecting parents who have a history of genetic problems on either side of the family need not worry about the risks of carrying out genome detection tests anymore.Invasive procedures carry a risk factor

Invasive procedures such as amniocentesis require the amniotic fluid for genome determination tests. Invasive procedures are painful and carry a high risk of miscarriage of about 4 percent. The new non invasive technique developed relies on the blood sample of the pregnant mother and saliva samples of the father to determine if the foetus has a chance of developing genetic defects. While invasive techniques were restricted to be carried out on cases with a high probability of the foetal genetic defects, the non invasive technique allows all expecting parents to know detailed genetic information that was previously not possible.

The non invasive tests are particularly useful to ascertain anomalies such as Mendelian disorders, Marfan Syndrome and other genetic problems that lead to mental retardation and other serious problems. With the full DNA information about the unborn child available as early as in the first trimester, parents have the option to decide whether to bring the pregnancy to term or not.

While the non invasive technique makes testing easier, it raises a lot of questions on morality and ethics. However, it needs to be understood that brining up children born with debilitating disabilities is extremely tough for parents especially when there is no support system for them. Some may argue that the non invasive technique makes it easier for people to find a reason to abort their foetus without a strong medical basis. It is therefore unfortunate that medical procedures that are developed keeping in mind the best interests of the expecting mother and her unborn child are prone to being misused.

What needs to be kept in mind here is the fact that non invasive procedures for determining the genome structure of an unborn child cuts down the risks of miscarriage while giving a full DNA report. Parents now have the chance to make a completely informed decision based on the DNA report. Such painless, risk free non invasive pre natal diagnosis tests help expecting parents to be better prepared. That such progressive medical procedures are not misused becomes the responsibility of the lawmakers of the country who need to revise the existing laws according to the advancement in technology and medical research.

Loads of stress, constant partying sessions, round the clock schedules and drinking habits can take a toll on any, including celebrities. The latest medicinal trend which is already widespread among several celebrities and is slowly yet steadily being accessed by non Hollywood individuals is that of Vitamin IV drip. It is medically established that certain conditions necessitate the delivery of vitamins in the patient’s system through the intravenous route. Yes, but this route seems to be gaining popularity among many for immunity boosting effects and so on.

Many Hollywood stars have already become the recipients of this new form of treatment that invades the vein with an energy rich drip. This growing health craze needs just a prick and the session goes on for approximately twenty to forty minutes. This vitamin infusion supposedly results in elevation and suppression of energy and stress levels respectively. However, medical experts do not completely agree and state that the ongoing ‘fad’ practice has little or nil health benefits associated with it.

On the contrary, the quick yet invasive method of intravenous infusion poses much more risks as compared to the normal route of oral ingestion. Recently, sensational music singer Rihanna uploaded her picture on a social networking site while happily receiving ‘party girl’ vitamin drip. The reason behind such route of administration was to relieve her of elevated exhaustion and strengthen her immunity. The market of celebrities includes not just her, but also Simon Cowell, diva Madonna too!

What’s in This Magic Potion?

The intravenous ‘power’ solution apparently contains either only one vitamin such as Vitamin C or is sometimes packed with various nutrients including Vitamin B12, Magnesium, and Zinc etc. Reports state that several recipients feel ‘rejuvenated and alive’ post the infusion. For example- the troublesome episode of headache after a night full of alcohol consumption at a party disappears substantially and so does the bloodshot eyes.

Prevention And Research Centre at Yale University along with its director, Dr. David Katz mentions that the human body is best designed to receive all the basic nutrients via the gastro intestinal tract. The exception to this occurs in those conditions wherein people are facing trouble in absorbing nutrients through their tract.

It is true that the IV route does allow the vitamins to get transported to the blood stream in no time as compared to the oral route of administration. However, the long term effects of this
vitamin drip are yet to be confirmed. Many practicing medical professionals believe that the ‘re- energised’ benefit many report can be linked to the placebo effect. This effect is a phenomenon that makes people feel ‘better than before’ after the drip session only because they strongly believe it works.

The Danger of Risks

Vitamin drip holds a possibility of causing bruises, infection, inflammation of the vein etc. Each nutrient has a recommended dose level and if the inaccurate dose is administered, there’s a risk that the imbalance can lead to unexpected cardiac attack. Many doctors fear that such infusions can encourage the habit of alcohol consumption and increase
dependence on such drips.