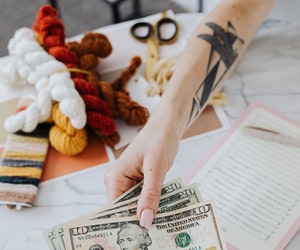 Finance – A Synonym for Destabilization?

Nothing affects us more than finance matters in today’s advanced age of globalization. Our monetary stance not only gets  affected by the ups and downs in finance in our country, but also every significant country in the world. The latest momentous repercussion that we’re all awaiting is the upheaval in Greece that has shaken its politics and finance. Uncertainty looms large due to the impending election tomorrow. Though Greece is a small economy, perennial political paralysis could mean the country making an exit from the Europe’s currency union. Certain experts in the field of finance the world over believe that the impact will not be as huge as expected; however most worry that the financial chaos might cause shudders in the world economy.

The worst outcome could be the crisis spreading its roots to Italy, the third greatest economy in the Euro union, and Spain causing the Euro to destabilize further. The only major threat to the US finance structure is the catastrophe striking the banks in Germany and France. However, the bank stocks in the US, American Express Co., Bank of America Corp. and J.P. Morgan Chase & Co., received a considerable boost at the news of central banks globally gearing up to enter the scene in view of the current  European cataclysm. They are positive about holding up the world economy if the election results in Greece cause further  financial mayhem globally.

Talking about US banks, Federal Deposit Insurance Corporation closed down three banks registering those as financial failures last Friday. This organization will bear the cost of around $100 million as a result of this move. The Security Exchange Bank, GA, The Farmers Bank of Lynchburg, TN and Putnam State Bank, FL were the ones that were shut with the number across US rising to 31.

Another uncertainty and the reason why the finance scenario in the US might show a sign of weakness again is the divided  congress, which can preclude steep rise in taxes and unreasonable deductions in spending in the next year. The immediate consequence of such a move, alleviation in demand, could be crucial to the US  finance in these times of economic fragility. Entrepreneurs will be wary of investing and hiring as planned, leading to a sluggish growth rate of the US economy. Major business houses confirm being in a harsh situation for a few months to follow due to these uncertainties hovering.

The state of affairs for small businesses looking forward to growth is even worse. There’s not much finance that they can risk in view of present financial insecurity. The world is waiting and so are we. The matters of  finance have caused the global economy to shift continually every single day and we are no exception. US will have to take trade decisions with absolute prudence in the coming few months so that we don’t end up in a deeper trench, despite being aware of the harsh realities. Recognizing the need of the hour, numerous companies have started to focus on strengthening trade deals with distant, flourishing economies and being extremely conscious of wavering ones.

Finance – Hoping for a Better Tomorrow

The ups and downs in the finance world keep most of us at the edge of our chairs because these affect us at the most crucial place, our pockets! However, we try to be balanced and keep a poised stance most of the times and avoid reacting sharply to the sharp turns. Let’s find out what’s developing and what’s being demolished on the finance front.

Among the latest happenings, the downgrade fever is taking toll over the banks in Europe and it’s not long before some of the banks in the US face its wrath. Its all about Moody’s cutting ratings for several banks across Europe, including ING and ABN Amro in Netherlands. Amongst the next in line are the Wall Street giants of the likes of Citigroup, Bank of America, Goldman Sachs,  Morgan Stanley and JPMorgan Chase.

In the wake of such an adversity, James Gorman – CEO of Morgan Stanley assured the investors that the bank was well-equipped in terms of liquidity in the face of a situation like downgrade of its ratings. Other top-notch banks have also confirmed providing a similar assurance. In worst case, these banks may decide to hold on to their cash reserves making it difficult for individuals and businesses to obtain loans.

On the other hand, the outcome of Greece elections seems to have sparked a little hope for US markets which opened up, following the political results in Greece. The Greek conservative party along with other pro-bailout parties formed a joint government. With this result, the exit of Greece from the Euro zone seems unlikely at the moment.

The White House released a statement expressing delight and confidence in the newly formed Greek government, in carrying out reforms in the structure of country’s finance and economy. Central banks from sturdy economies across the world are prepared to soothe aggravated market sentiments in case turbulence strikes world markets due to the political ups and downs in Greece. No celebrations yet, there’s a lot to unfold yet apart from the pro-bailout Greek vote.

There is a huge concern rising in the US labor market with jobless claims on a continual rise week after week. 386,000 individuals filed for first-time joblessness benefits with the Labor Department in the week that ended on June 9, 2012. This figure was 11,000 excess of a forecast by a leading surveying agency. These figures indicate the slow growth rate of the US job market and signal a
slower rate in the remaining half of 2012.

The slowing down of economy is attributed to the financial turmoil in Europe to a certain extent and the global economic  sluggishness. The small and large companies in the US are wary of expanding their business in view of such circumstances,  eventually affecting the job market. However, the effective results of the Quantitative Easing (QE) 1 and QE2 have kept the hope alive for recovering from the slow economy. Only if FOMC is not satisfied with the growth rate based on various key indicators, will they decide to implement the QE3 in the financial meet at the end of this month.