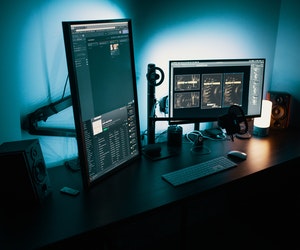 Leading a healthy lifestyle and acquiring well-shaped body has always been a major priority for men & women across the world. In addition to several modern weight-reduction techniques, the latest mobile technology has recently joined hands to curb this issue with the introduction of intelligent range of Smartphone Apps that promote fitness. Let us take a look at the most popular Smartphone Applications that have been launched in this direction:

Sports Tracker App is designed for all kinds of Smartphone & Android enabled handsets. This application displays a scoreboard with the exact time for sunrise & sunset in order to plan an outdoor workout accordingly. Sports Tracker App is accessible for free and is equipped with a camera button with which one can click his/her snaps while working out. Two of the most noticeable drawbacks of this free mobile application are:

Similar to the above mentioned mobile application, Endomondo Sports Tracker also works specifically with Android enabled High-end handsets. This app includes a wide range of sports activities like rollerblading, road cycling, skating, kayaking, biking, hiking, golfing etc. It allows you to document the exact route details, calculate metrics and keep a track of the specific amount of calories that are burnt during every session. This application not only provides vital details of one’s personal workout session but simultaneously registers the information on the Web. Endomondo Sports Tracker is one of the most prominent mobile fitness apps that keeps a tab on an individual’s live performance data and makes it viewable for everyone else. It also displays your exact geographic location to your friends who use this app .You can also choose to download the free version of this application with limited features. Those who wish to acquire an in-depth analysis of their workouts must opt for the premium version.

Those who indulge in frequent cardio workouts can benefit immensely with the Runtastic Personal Tracking Application. In addition to giving essential workout tips, the application also restricts an individual’s workout session on the basis of his/her body-type, age & additional factors. It is always favorable to use the paid version of this application, although subscribing to the free version would also help you in efficiently calculating the vital statistics. By opting for a paid version you can successfully compare your personal workout from the present & previous session. Two vital characters of this application, namely: Julia & William play an important part of explaining the workouts to the user. They also grant valuable feedback on your performance so that you can determine your physical capacity for optimum weight-loss results.

These virtual gadgets have made it easier to build & maintain a healthy body. If you have a GPS enabled Smartphone this is the right time to explore & benefit from this amazing mobile technology.

Driverless cars – that sound straight from science fiction, are only an inch away from becoming a reality. Another name for the driverless cars, autonomous cars has been a focus of research by the internet search firm Google who is now close to launching its first vehicle in Nevada, USA. The Nevada Department of Motor Vehicles has cleared the Google autonomous cars which now have a valid license and will soon be seen in the public highways. The Toyota Prius which has been modified by Google will lead the way for driverless car soon. Other models on which Google is currently working on are the Audi TT and Lexus RX450h.

How does a driverless car drive?

The driverless car from Google is mounted with video cameras, radar sensors and a laser range finder to perceive other traffic on the road. The system is a combination of Google Street View and artificial intelligence that can process the inputs from the video cameras. The car has a LIDAR sensor on top, radar sensors on the front and a  position sensor at the back attached to one of the rear wheels. The position sensor helps to know the position of the car on the map. The driver of an autonomous car can take control of the car anytime by applying brakes or turning the steering wheel.

The Google autonomous car has been tried and tested in the California and San Francisco. The test was a success as the car was able to cover a distance of 140,000 miles without any mishaps with the exception of a bump that came from a car behind it.

Why do we need driverless cars?

One of the most compelling reasons for a driverless car is the need for safety when driving. A majority of accidents occur due to the error or negligence of the drivers, or humans. An autonomous car, running on technology built on sensors and software has less chances of error and no chances of driving in an inebriated state. An autonomous car has a better capability of analyzing the driving conditions such as traffic, congestion or obstructions than human drivers. Another advantage of using autonomous cars is more efficient usage of energy and roadways.

California is the next state that has passed the legislature to allow autonomous cars on its roads and is soon to be followed by Oklahoma, Hawaii and Florida.