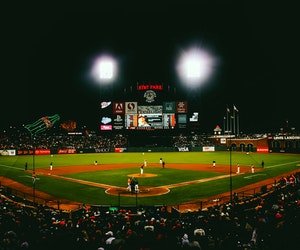 Majority of the sporting events of the 2012 Olympics would be held in East London. Remaining events are going to be held across London and in other parts of England, Scotland and Wales. Some of the most important Olympics venues will be:

Olympics are not complete without a mention of the mascot of the Games. For the Olympics, there are two who have the names as Wenlock and Mandeville. The mascots are digital age animations that depict two drops of steel from a steelwork factory in Bolton. While a section of the population has been critical of the design of the mascots, children between the age of 5 to 15 seem to enjoy the animation.

With less than 50 days to the start of the Olympics, the city of London is geared to give the world a great show. Security is a major issue with more than 10,000 police officers and 13,500 army personnel deployed as part of the security procedures. Over 70,000 volunteers called “Game Makers” will provide their services for free for the entire duration of the games. The opening ceremony is slated to be a spectacular event with a cast of 10,000 volunteers and 900 children. From Trafalgar Square that houses the countdown to the Olympics, to the underground painted in the colors of the Games, London seems to be gearing up for the biggest Sporting event in the world with great elan.