My Version of why you can’t possibly turn a blind eye on Jurassic Park!

My Version of why you can’t possibly turn a blind eye on Jurassic Park! 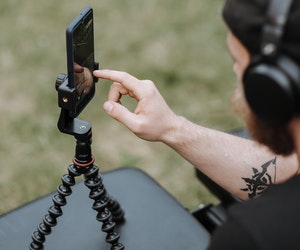 In light of transcribing video to text, we look at an interesting topic today. I have been thinking about how and why two decades down the line and Jurassic Park just won’t come off the limelight. I like that after watching the series or reading the 1990 published book, most of us, me included, now have a rough idea of what dinosaurs would have looked like on planet earth and perhaps get the thrill of how dangerous they are. I mean it gets quite entertaining but in the midst of it all, the brain behind it somehow manages to drive a point home.

You’ll most likely be curious to watch the films after reading the book or vice versa. It is right to say that the dinosaurs in action, in this film, somehow succeeded in capturing the attention of young and old alike. However, from a business perspective, I would like to think that there is something striking and quite central about the success story of this film, the text versions; scripts and the book.

Today, a search of the terms Jurassic Park or Steven Spielberg on Google yields at least 20 million results. Quite honestly, this is my definition of success. With such result, it doesn’t take much effort to search the film, book, or reviews thereof, of this block buster. There is a special role that transcribing video to text has played to make the whole thing a success.

Look around, you can’t miss scripts, even translations of scenes or the full series of Jurassic Park on the internet. Out of the original book, movies were born. Movies begot what you see today, scripts, reviews upon reviews, quotes, lessons, and criticisms, name it. And guess what’s spreading all the awareness on Jurassic Park, it’s the simple things I have just mentioned. There is everything to benefit from by availing videos in their text version. Assume I had never watched this film or read the book, I would still be in a better position to discuss or pass an exam based on the information I will extract online.

Of course, producers must be applauded for their concerted efforts towards the production of this series. On the other hand, there are great yet simple lessons to be learnt from having text versions of this series.

Why not have your videos transcribed by a professional? Visit cabbagetreesolutions.com for professional transcription services.

Videos are powerful tools in themselves but nothing beats the additional benefit of transcribing video to text to reach a wider base. That’s my version of why you will not be able to resist Jurassic Park even after it’s been there two decades.