In Appreciating Evolution, a Comparison between Tape to Text and Mp3 to Text

In Appreciating Evolution, a Comparison between Tape to Text and Mp3 to Text 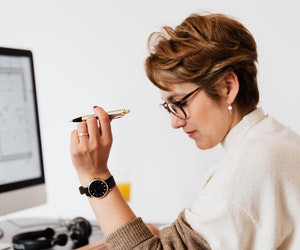 Tapes were for a long time used for recording until the discovery of CDs and mp3s. Although it is hard to come by tapes these days, a trip down memory lane will sure help us appreciate how far we have come.

The first major difference between tapes and mp3 is that the former is analog while the latter digital. As far back as 1930, people were using analogue tapes for audio recording. Years later, around 1982, compact discs came into being. What would be the difference in transcribing these two?

First is quality. MP3s are presumed to contain better sound quality than cassette tapes. Tapes as compared to mp3s are way too tiny space wise and can only hold so much data. Again, they have rather slow speeds although it is possible to come across some high quality tapes. Mp3s have can store massive data and this comes as an advantage in transcription because it is easy converting mp3 to text from one source rather than several different sources as in the case of tapes.

Did you know that MP3 files can be loaded with substantial data without losing the quality of the data? They have a way of compressing data by up to 1000% without altering quality and this makes them most preferred. Today MP3 has gained considerable popularity not only with storage of music but also for audio books and other audio files.

Why would it be necessary to have MP3 content in text version? After all, it is meant for the ears. If internet is going to be the medium through which these files will be transferred, then by all means they require transcription. This is because the intended audience need to access the files and this can happen if they are easily searchable on search engines. Transcription, otherwise presenting files in their text format makes it possible for content to be ranked by Google and this way their visibility is increased.

In transcribing tape recording to text and MP3 to text, the former is a bit more complicated because it will have to be transformed to digital format first before it can be shared on the internet. There are special software for this purposes so may not be as difficult as it sounds. In general, digital files like MP3 are easier to operate. They have longer storage space for content, better sound quality and can easily be shared via the internet.

When it comes to transcription, both are transcribed in more or less the same way because eventually files will have to be in the same digital format unless the tape content needs to be transcribed directly without passing through the internet. Transcription process can either be by humans or by dictation software.

At cabbagetreesolutions.com, you can count on us to transcribe files in any format MP4, MOV, WMA, FLV, AIFF, or MP3 to text.